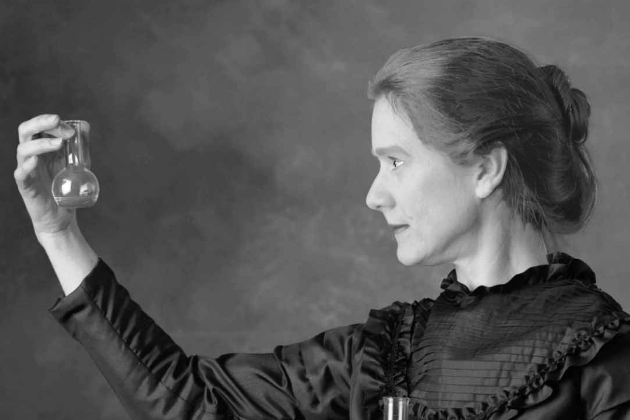 We are bearing witness to an era of feminism run amok. Around the year 2008, a radical feminist group known as FEMEN took center stage in the fight for women’s rights. You and I probably know them more as the group of half-naked women who run around proudly displaying their bare breasts with their organization moniker strewn across their chests in defiance of all things meant to oppress women. A few years later, millions of women wearing pink female genitalia-shaped beanies marched in the streets of America’s great cities in favor of feminism and to protest a president who they perceived as misogynistic. Indeed, since the year 2000, I have heard that incredible word “misogynist” more than I ever heard it before in my lifetime. Come to think of it, I may not even have known the meaning of the word prior to the most recent turn of the century. More recently, the #MeToo movement was born from the mass “outing” of famous male actors, politicians, and men of power who rampantly sexually harassed women. Famous actresses slowly began popping out of the woodwork claiming sexual harassment, assault, and sometimes even rape by the most powerful men of Hollywood. Of course, one cannot help but wonder why these women never spoke up before being able to tout #MeToo. Although the origins of the movement are valid and meritorious, it soon turned into a witch hunt, striking fear into the hearts of men who may have ever told a female co-worker that she was wearing a lovely dress one day. So, are all these examples of what “modern feminism” is all about? And how does it bode for future generations of the female persuasion? As a woman, having worked in a male-dominated field for most of my adult life, I cannot help but use myself as an example and tell you that feminism is not something one wears on one’s sleeve, it’s not about chanting in loud protest, it is about action and making a difference.

I grew up in 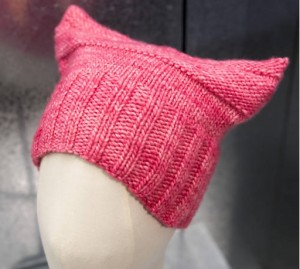 an average middle-class family in the late 60’s / early 70’s in which both my parents worked. As a statement of fact, for much of their careers, my mother made a higher salary than my father, but my father remained the “head of the household” and was loved and respected as such. Between the two, my dad was a much better cook and they had made an agreement early in their relationship that my mom would be responsible for cleaning and laundry, whereas my dad would do the cooking and grocery shopping. My dad took great pride in this role, whipping up delicious meals made from scratch with the best ingredients for the lowest prices. We used to tease him, telling him that his hobby was not football or baseball, but grocery shopping for fruits and vegetables. Indeed, he knew the price of every piece of produce and where all the sales were occurring. Although my mother would remain my very best friend throughout my life, my father was my guide and teacher. He was a fairly strict, over protective kind of dad, but the one thing that he would repeat often to me was, “Get a good education so that you will never be dependent on anyone”.

As a young girl of four or five who loved Barbies and pretty pink dresses, my favorite TV shows were Star Trek and Lost in Space. I dreamed of exploring the universe and imagined what it would be like to be an astronaut. My dad encouraged these reveries. I recall once looking at an issue of Life Magazine that featured the wonders of science along with detailed photographs ranging from Biology to Chemistry to Aerospace. I was fascinated and recall telling family members that I wanted to grow up to be a scientist. I also recall reading the life story of Marie Curie and admiring such a woman who won not one but two Nobel Prizes – one for Chemistry and one in Physics! Alas, I was not very good at math… how could I ever become like Marie Curie if I couldn’t do well in math? My parents were frequently called in to the teacher’s office to discuss my remedial issues with mathematics. I spent hours with my parents drilling the times tables into my head and working on extra problems in hopes of getting better 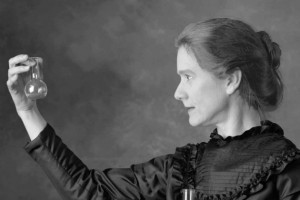 Then one day, as a sophomore in high school, I met Dr. W, the physics teacher. On one occasion, while working on an experiment, he told me, “I think you will be a great scientist one day”. I recall staring at him incredulously and asking how on earth I could ever be a great scientist if I couldn’t even do math properly?! To this he simply answered, “It just hasn’t clicked yet! The more problems you do, the better you’ll get, so don’t give up!” That summer, I decided to take his advice seriously. Every morning, I spent two hours working out math problems from the previous school year. Afterward, I would go to the school yard to hang out with friends or ride my bike in the park with my favorite cousin. Slowly but surely, I started figuring out the problems faster and faster and understanding them better and better. The following school year, I wasn’t just getting decent grades in math, but A’s and A+’s! My hard work and perseverance was starting to pay off.

Two years later, I applied to the engineering department of one of the top universities in the nation and got accepted. Each student was paired with a graduate student of the same gender to act as a mentor. I was paired with a graduate student named Francine. She was very helpful and taught me all the ropes. She encouraged me to work on undergraduate research projects to gain practical experience. Many years later, she became a world-renowned professor in our field and has won numerous prestigious awards.

Despite my best efforts, I failed my first in-major course. My professor was an “old school” fellow who believed that women did not have what it takes to become engineers. He was happy to inform me that I was unlikely to ever graduate. His words resound in my mind to this day, “Even if you never become an engineer, you can always become a technical writer”. My response to him was clear, “Thank you for motivating me to prove you wrong. Not only will I become an engineer, but I will be a damned good one!” I got an A the next time around and moved forward in my studies without a hitch thereafter.

A couple of months later, I decided to take my mentor Francine’s advice and began working on a research project that put me in contact with another female graduate student named Rachel. She was tall and slender, pretty and incredibly smart. The boys in the engineering department used to make jokes about how beauty and brains were “inversely proportional,” but Rachel proved them all wrong. She became my role model. She was kind and soft-spoken, yet strong and ambitious. She was older than me and hence graduated earlier than me, but my admiration for her and wanting to be like her was one of the reasons why I decided to go on to graduate school.

During my first semester of graduate school, I met Mandy, a senior-year graduate student who became my new mentor. She guided me with regards to what classes to take to fulfill requirements and encouraged me to work for a certain Dr. M. She told me that he worked on projects that were “right up my alley”. From the first instant we spoke, I knew that he was the professor who I wanted to have as my thesis advisor. Not only was he highly respected in his field, but he was a wonderful person upon whom I could look as a second father figure. Years later, at Dr. M’s retirement party, I learned that I was the only female to have gotten a PhD under his supervision, not because he was sexist (far be it), but because all of his other female students chose to work after obtaining a Master’s degree.

Following graduation, I went on to work to lecture at the university level while my children were still young. As a female engineering instructor, my goal was not just to be a good teacher, but also to be a positive role model. To the students of both genders, I wanted to prove that women can be great scientists and engineers, without ever having to forfeit their femininity. A few years later, I landed a research and consulting position. Although I was of 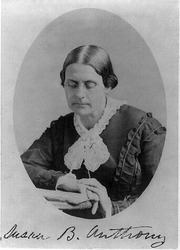 ten one of the few women in my field, I always met a handful of women along the way who were among “the few and the proud”. Whereas other women were busy fighting for equal rights and justice, these women and I were out there proving that women can succeed in male-dominated fields. We were out there showing that, in the words of Teddy Roosevelt, it is always better to “speak softly and carry a big stick”.

To all these people who helped me along my career path, I am forever grateful. They have taught me some important lessons, not only about math, science, engineering and life, but also about feminism. To be respected and admired, a woman does not need to march and protest, but rather to show through her actions that she is every inch equal to her male counterparts. While we should be forever grateful to women such as Susan B. Anthony, Elizabeth Stanton, Alice Paul, and so many others who fought for women’s suffrage. Our time has come to move forward, not in words, but in actions! Wearing pink beanies and crying anti-male chants do not make a feminist. True feminists of the modern era are out there in the world making a difference, in science and literature, in psychology and world politics, and in every other field imaginable. The greatest contribution that we can make to feminism today is to continue achieving the goals of the women who came before us. The greatest gift that we can give to young women today is to be positive role models who don’t wear pink beanies.

*Names have been changed to protect the privacy of persons referred to in this opinion piece.